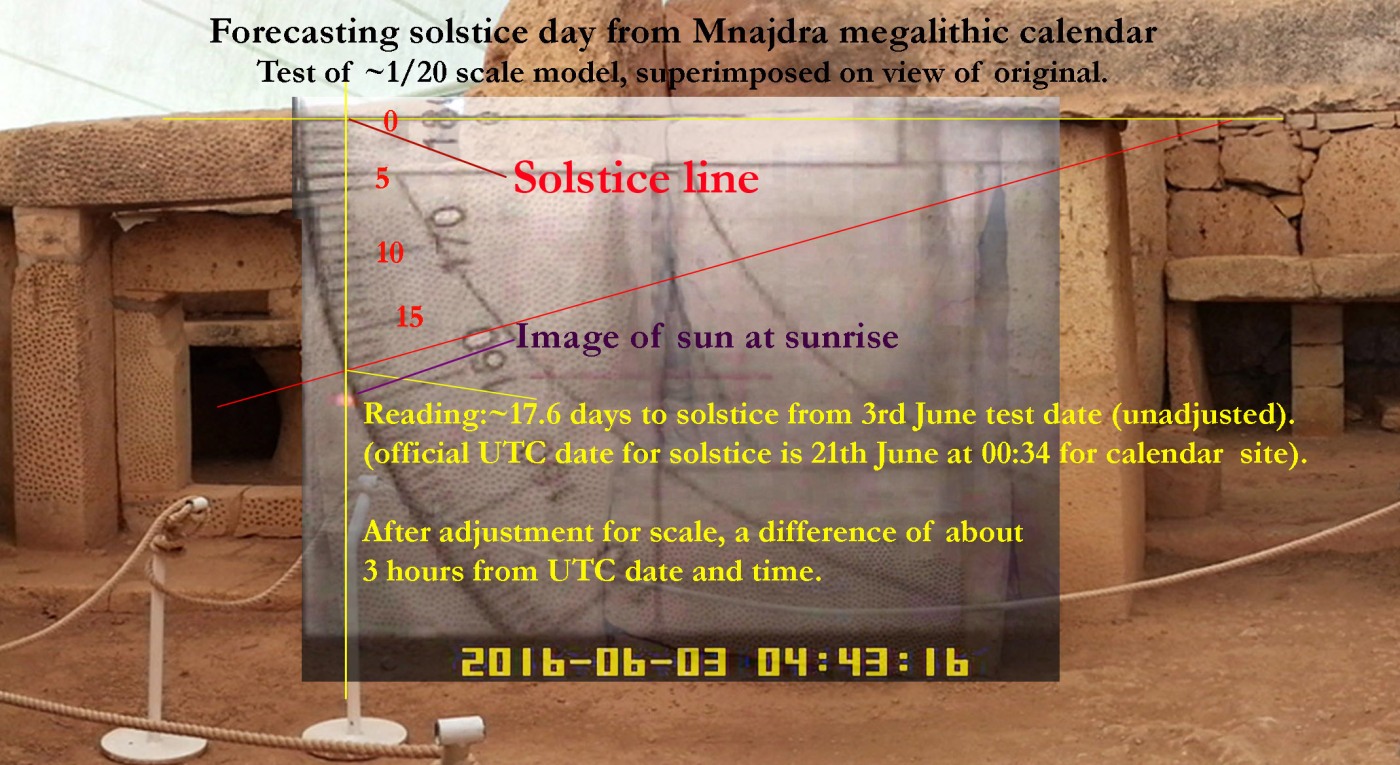 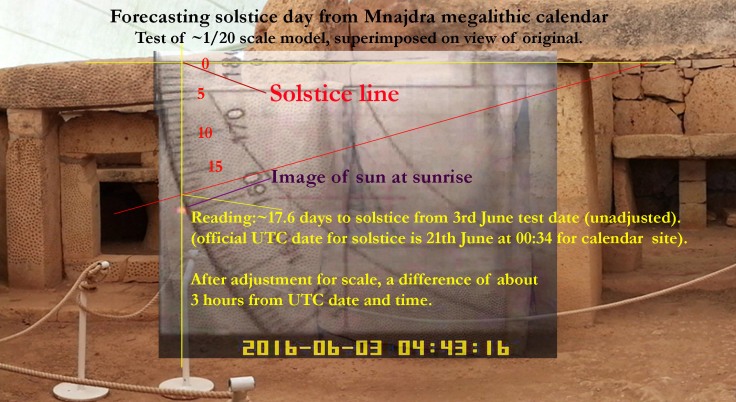 As per picture text (Note: date is correct, but time is not correct). The superimposed picture is a screen-shot from video of the moment of sunrise, taken from within the model. The scale used is a quadrant divided by 90. Adjustment is needed since Spring has 92.8 days. Seasons vary from ~88 to ~94 days.

This unit is still fully functional (but that fact is not known). Yet its workings were the most difficult to unravel, until the method used in Ggantija North unit was perceived. When tested in model form it proved extremely accurate. The test objective was to forecast the solstice day. To date determining solstice day from observation was difficult; forecasting was impossible. The megalithic technique made it simple. (Video here: https://www.youtube.com/watch?v=mIhT65GdjgI  )

Forecasting and knowing the solstice day (winter) is essential in agriculture, to know the time window when the sowing for the coming year’s harvest can be made. Particularly for the cereals, the makers of civilisations. Mediterranean latitudes allow for only one cereal harvest per year, with sowing done after the first rains of Autumn.

This calendar has another important feature. It was designed on a lower obliquity, same is the other next to it, and several others at different sites, but had to be modified by extending the surface for a change to higher obliquity. The two side stones are the extension.