Mnajdra calendar site consists of three units. The last built at this site is still in its proper orientation, axially aligned to East (and functional). The earlier one in the middle points to SE. The archaic one, ‘X’ in plan, has an enigmatic orientation. It ought to be facing South like several others of similar age, but it is rotated some additional 30 degrees CW. Hence the enigma.

An answer to that enigma is in the geology of the site. It is a coastal site that exhibits signs of it having collapsed. The geology of the land indicates ‘scarp’ faulting where the ground appears to have separated and slid downwards in excess of 100 metres. Beyond the site faulting continues, but now the land is submerged. Here at the water’s edge scarp faulting is very evident.

The major question is one of chronology. It would seem that when the geological faulting and eventual collapse occurred, the early archaic form calendar was already there. The  collapse of the site added to the CW rotation, making the orientation of that early calendar something of an anomaly. The queer orientation may appear to negate the idea of tectonic rotations, but in fact it adds additional evidence, as it provides proof of the cataclysmic nature of the events. The date: ~5200 BCE. 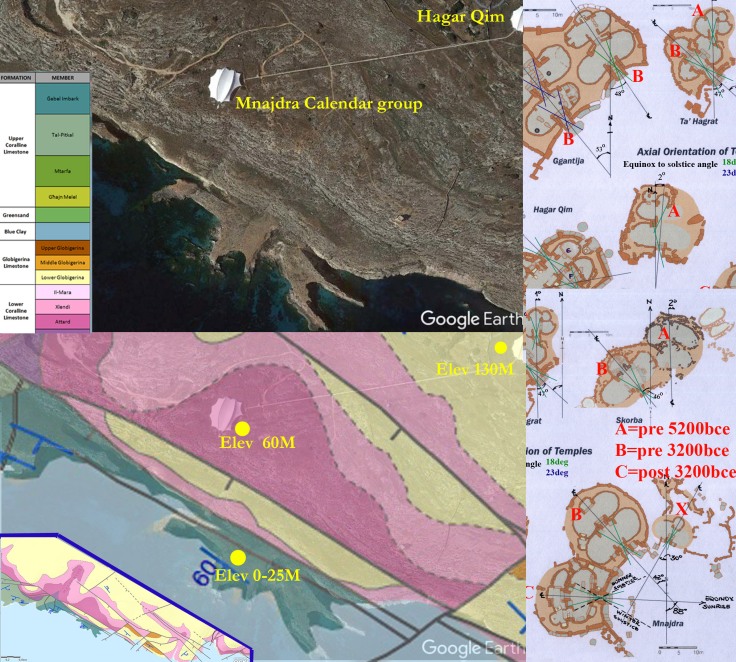